We believe in eating meat that is sustainably & ethically raised & humanely slaughtered. It’s not only good for our bodies, but we are pretty thankful to be living on this big sphere we call earth and want to honor what God has given us by taking care of it. Because of this we also believe in raising happy animals that are well cared for.

We were both raised in the beautiful Willamette Valley where we currently live. We have enjoyed grass fed and finished beef as part of our holistic lifestyle for some time now and love helping others gain access to affordable meat that is free of hormones & antibiotics.

Jessica is a holistic health coach who works with both groups and individuals wanting to upgrade their lives and become healthier versions of themselves through whole foods & holistic living. For more information about holistic health and/or to find out about working with Jessica check out her website. 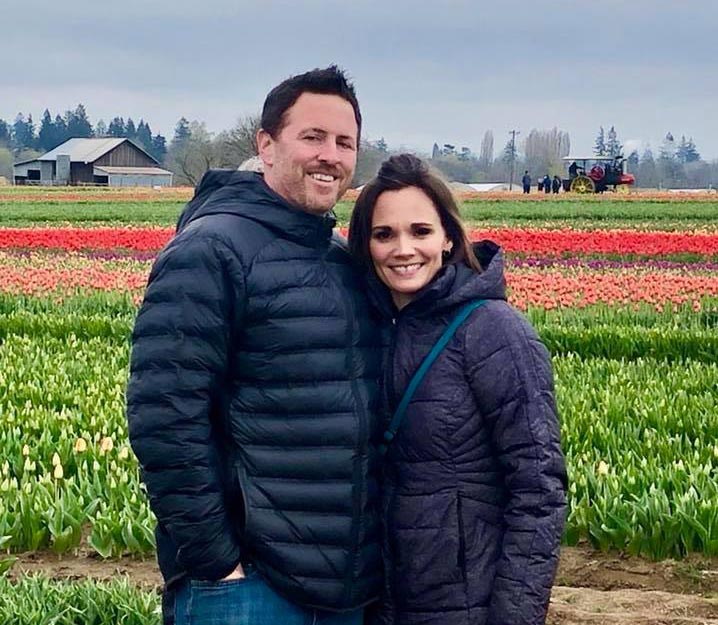 Josh and Jessica Parker run a family owned and operated business in the heart of the Willamette Valley in Oregon. They partner with local farms that meet their strict standards for ethically raised meat and hold to the promise of grass fed AND finished beef along with pasture raised pork and chicken with no antibiotics or added hormones.

Both Josh and Jessica have an entrepreneurial spirit and have had their own businesses over the years (prior to meeting). What led them to their current family business took root years ago. Jessica has a long journey in the health and fitness realm and was a vegetarian for several years “back in the day”. For her that diet choice was driven by the schools of thought surrounding nutrition that were teaching that meat was “bad”, along with saturated fat, and honestly, fat in general. That was at the peak of the low-fat craze (along with step aerobics which Jessica admits she still loves).

Fast forward to 1997 and Jessica went up to Alaska for a summer job and ended up living there for 4 years. Her first Winter experience up there she had the privilege of spending two weeks on the NW side of Alaska in the middle of nowhere with a competitive musher and his family who homesteaded 30 miles outside of the tiny town of Kotzebue. If you look at a map you will see the Kotzebue sound; the family’s home was across the sound. During the summer they relied on their small boat to get to the other side of the sound and during the winter, it was either a snow machine (snow mobile as those in the lower 48 call it) or sled dogs.

When Jessica flew into Kotzebue, it was the middle of December and she was on a plane that was half cargo, half passengers. The town received a shipment once a month of supplies and food. Imagine only getting fresh produce once a month. You might be thinking now: how would a vegetarian survive for a two-week visit (no, she did not pack a suitcase full of veggies and tofu)?

When she arrived, Jessica got a tour of the homestead by the woman of the “house” who showed her where they got their water from the stream out back behind the cabin (no running water out there!) and where their wood pile was; plus an introduction to the dogs (they had at least 30 sled dogs). Then came the topic of “what shall we have for dinner”? Truth be told Jessica did have herself mentally prepared for anything because you cannot travel up to the wilderness of Alaska in the winter and expect to find a Whole Foods, right?

This is how the “what shall we have for dinner” conversation went: “should we have moose or caribou or…moose?” Moose was what they landed on and Jessica is not afraid to admit that it was AMAZING. The kids actually ate the marrow out of the bones as a treat (no joke). That is how life is when you live sustainably and eat nose to tail (No, Jessica did not partake in the marrow)!

Needless to say, the trip to Kotzebue was transformative for Jessica. Her perspective on eating meat changed for life. She lived in Healy and worked for Denali National Park while in a little cabin with no running water and her own own sled dogs. Jessica came to appreciate a slower pace of life, the importance of community and a deep understanding of sustainable living. In Alaska, a family hunts and gets a moose or caribou, it enables them to fill their freezer and sustain their family for a whole year. That is a remarkably different experience than that most have with our standard American way of life (and if you grew up this way, you are a lucky one!).

Moving forward, Josh had been in the food (as well as coffee) industry since he was out of high school, owning several different businesses throughout the years. He has always loved the thrill and adventure of starting a new business. When he and Jessica met in 2015 he had a drive through coffee shop and was helping open a new restaurant. Jessica was phasing out of her cleaning business since she had finished her master’s in health psychology as well as certifications in holistic health coaching and fitness instructing. This is where their goals began to merge!

Josh and Jessica (he has 3 boys and she has one), moved out to the country onto his parent’s property when they were first married in 2016. There were 13 acres out there and his parents had some cattle. They decided to try to sell some of the meat when they butchered because there was so much of it. Josh helped them with this and that led Josh and Jessica to doing some of this on their own. Since her change of perspective on meat, Jessica took a deep dive into research on meat and health, coming to a greater understanding of the fact that how meat is raised and processed is what makes it healthy or not. Because of this, she told health coaching clients that grass fed and finished beef was the best option to buy. In addition, she encouraged them to look for meat with no antibiotics or added hormones because of the health ramifications from all of this on the human body.

A small side business snowballed into something that did not fit on 13 acres! This is when Josh worked to connect with local farms who met the standards that they both had set and Oregon Valley Farm was born. It was kind of on accident and yet they believe God’s hand was in the whole thing.

Josh and Jessica love that they can help bring business to farms around the PNW while also operating a family business (their boys work for them as well as one of their nephews). They are proud to have a product they can offer families like theirs who find it imperative to invest in their health while also making high quality more affordable.

We sell high quality meats but teaching and guiding people
toward better health and taking control of their health is our ultimate goal. Food is medicine and these recipes make it fun and tasty! 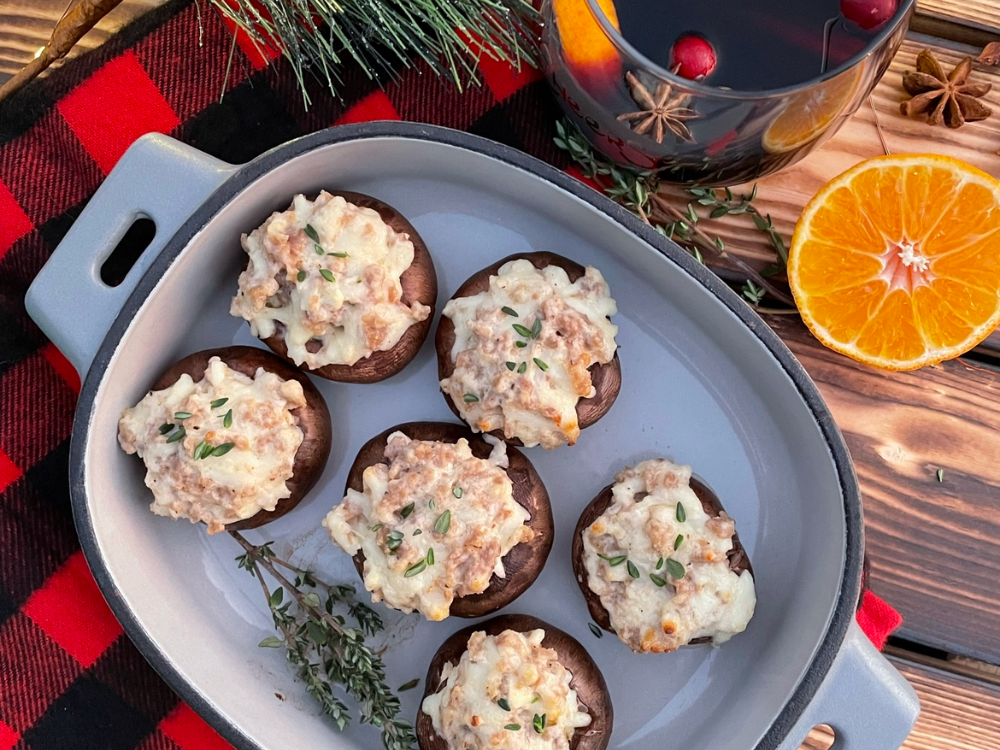 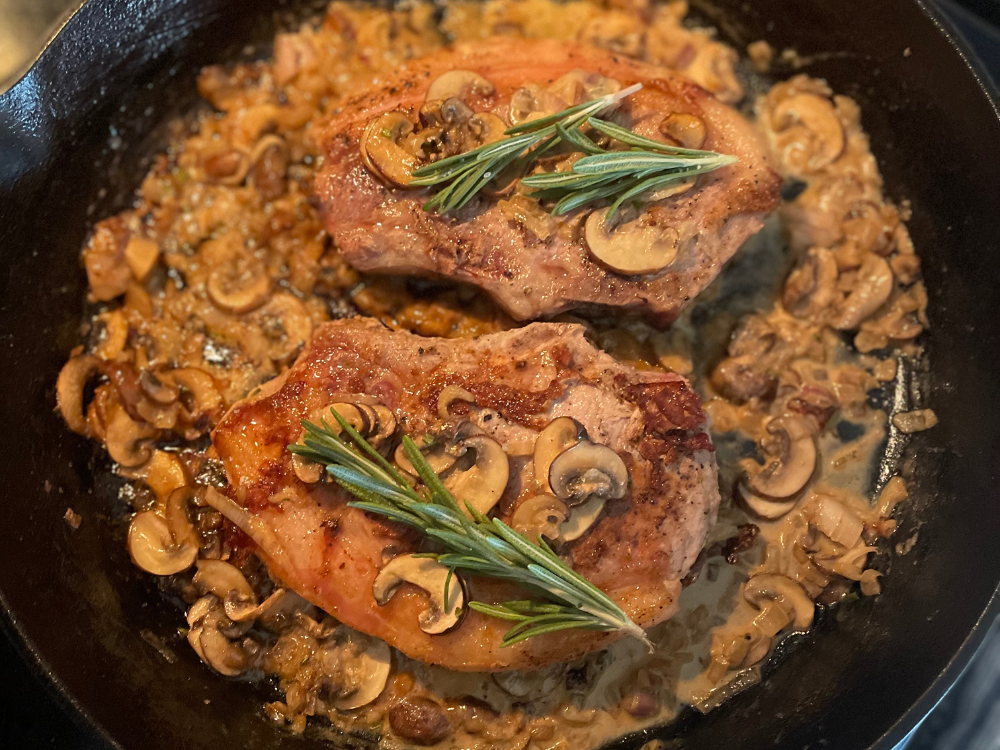 The flavor in these pork chops is mouthwatering! These turned out so delicious and moist. I grew up really disliking pork chops; however, the key … 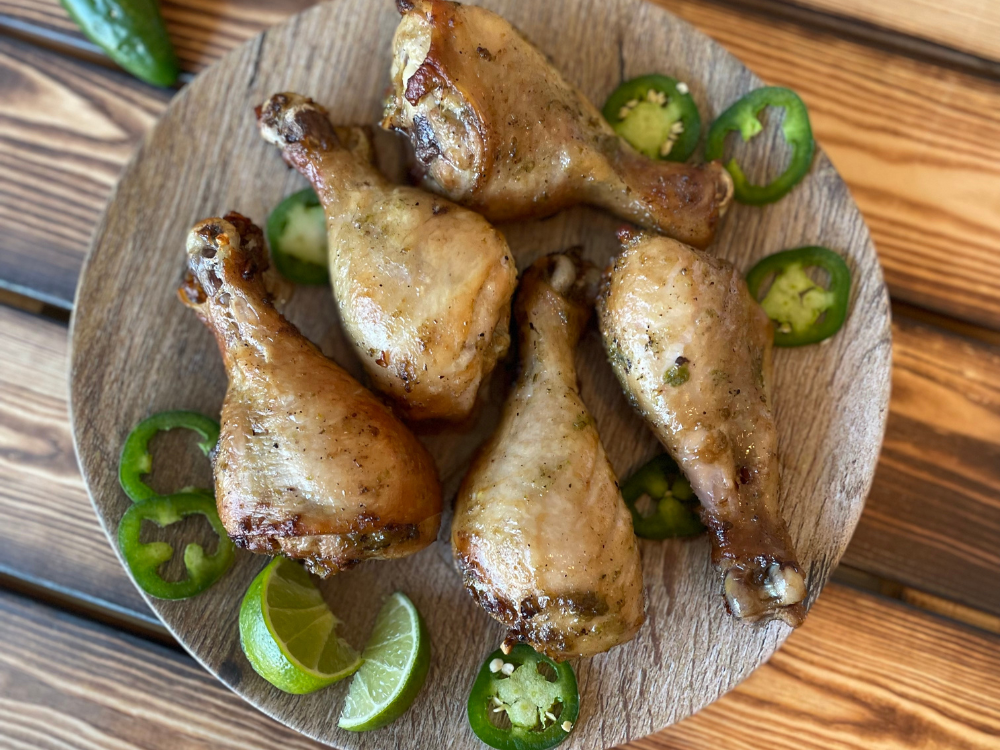 If you like something with a little kick, but not overly spicey, you’ll love this recipe! Of course, you can easily dial the spice up … 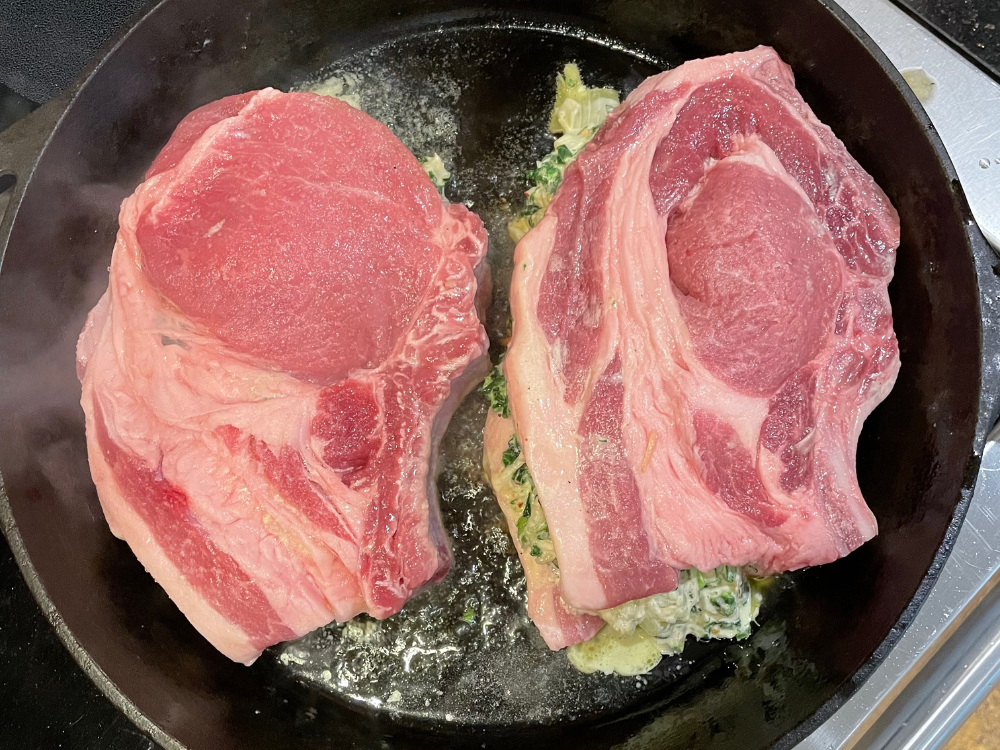 I’ve said this here before, but I used to hate pork chops! I learned only recently that it’s all about how you cook them. Not … 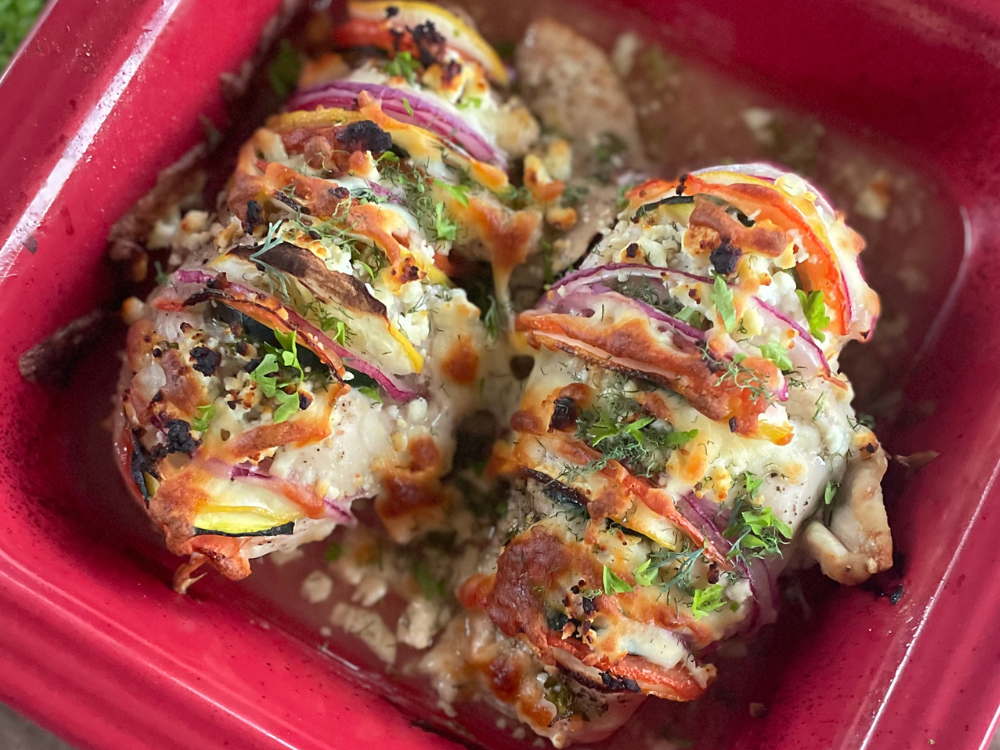 This Greek Stuffed Chicken recipe looks fancy, but it really doesn’t take much time in the kitchen or any special tricks. It has amazing flavor … 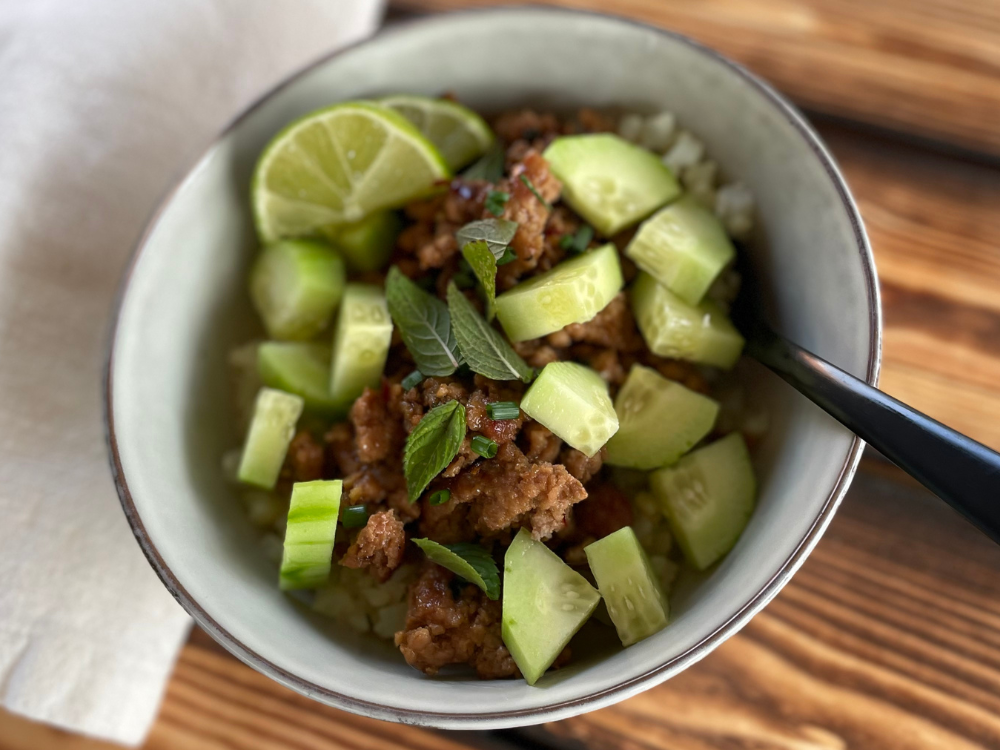 If you love lots of flavor and you love a meal in a bowl, this is for you! Your taste buds will be very entertained …